1
Which ones did they not come through on ?
2
But, why would your heart be broken ?
3
Congratulations Wayne !!

The PRC thing , well 😤
I know I'm just a dumb old Creedolian 😁
Randy. We will continue to pray for you with this new Challenge !
Glad everyone else is doing well or better than they were .
Seems all I'm doing lately is plowing snow.  Snow snow and more snow.
I love the look of a well plowed road, driveway or whatever. All froze down tight and squeeky . With all the snow weve been having. I am settling for getting things good and passable and parking the truck till the next day.
4
And you too Randy. To you and your's !! May God Bless your Christmas season.
We are currently in a warm up spell . Been in the singles above today.
My back has been getting better but not 80% yet.
Nowadays I consider when my back is Great. It's maybe 80% of what it used to be. 🤔
Might have froze the batteries in my plow truck in last week's repeated 50 belows. Went to start it this morning and not even half enough juice in them. Being a 6.2 Detroit Diesel from 1982. It takes a bit to spin it fast enough. But it usually starts good after being plugged in for a few hours. Not today tho.

5
G man , Sportacus and any others;
I'm very glad and thankful y'all are safe.
The weather people were calling for a bunch of wind today and tomorrow. Which has not materialized at this point. Which I thank God for !
Our 2 neighbors, both 350 to 400 yards away thru the woods north and south both told me they had 50 and 52 below this morning. Coldest I saw at the house was 49 below. Adding 40 + mph wind to that is full on Arctic conditions. Something I don't need to deal with any longer.
Tornadoes would be a whole nuther box of rocks. We can deal with and handle the cold. Can't handle funnel clouds. Nope !
6
Quote from: sportacus on September 16, 2021, 06:29:26 PM

Posted earlier about my 6.5 PRC break in and zero. That one is ready.
Got on a science project I have neglected.  Left hand Win 70 Featherweight in 7 WSM. Got off a used rack several years ago.  Thought I had a gem. Outward appearance flawless, walnut and steel.
Tore into with a deep clean yesterday.  Bolt release spring weak. Magazine spring weak.  Shot this morning. 3" groups.  140 BT loaded by Federal.  Everything shoots BT's.  Thought maybe it was my rifle driving.  How in the he** the previous owner wore this stick out without a ding is beyond me.  Asked repeatedly about why it was traded.  Old man said "It kicked too hard."  Once burnt, twice learnt.

Pulled out my freshly cleaned 6.5 CM X-Bolt.  Had never tried 130 Swift or 130 Berger VLD-H in this one.  Both shot 1/4" ragged holes.  POI was a little different. Will go with the Berger's but know it likes the Swift's also.

Bottom Line:  Will have a Teslong borescope in my hands in a few days.  Twice shy about used rifles after this experience.
The Model 70 is proudly displayed on the used rack at Blade and Barrel in Jena, LA.

Im jealous bob.. someday i may have to invest in a lathe.. would have to get my boy to teach me how to use it.. lol

I think lathes are GREAT. But I have No idea how to thread a barrel or anything.
9
I might try the 127 LRX when I get back to reloading. If they are as accurate as the 130 gr Sirocco I might switch to them. I have always had great performance from Barnes . I would prefer a 140 grain for some of my hunting. Close range moose. But usually I use the 338 or something bigger for moose.
10 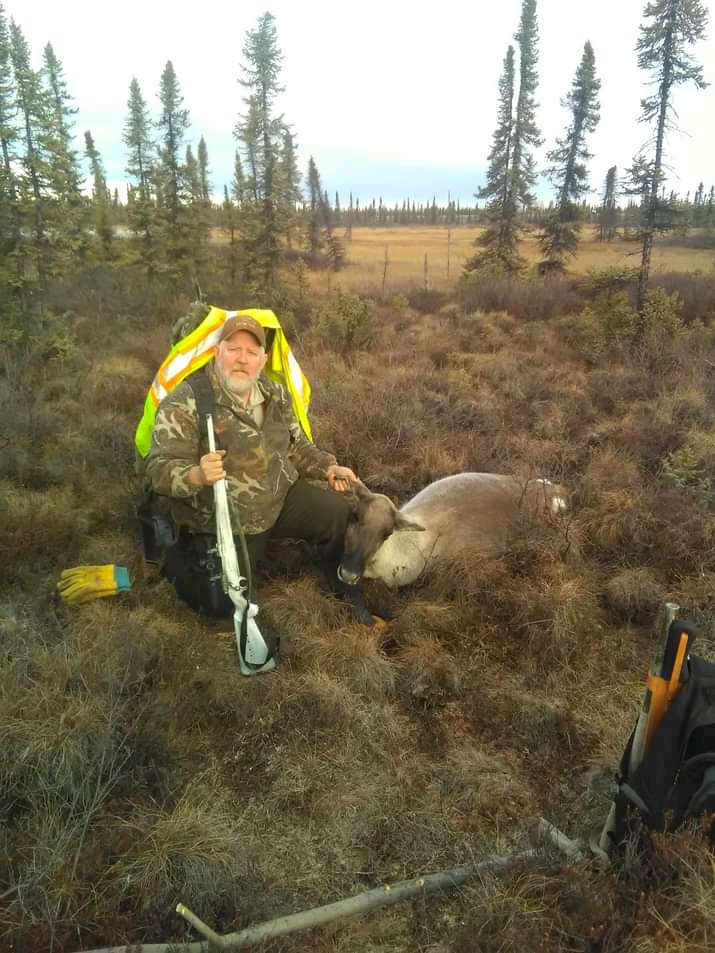 This is my longest 6.5 Creedmor kill so far . 372 lasered and reticle ranged yards. 130 gr TSX. Walking straight away from me. A polled cow . She was good eating 👍
1-4 SWFA CLASSIC. Set on 4 power.
11
Shows on my phone.
Beautiful buck  !!!
Congratulations 👍
How far away ?
Ect. Ect.
All the particulars of someone hunting vicariously. 🤨😁
12
Beautiful buck BTW !
13
Was there any drama in the process ?
What scope do you have on it?
My hunting lord is the 130 grain Swift Sirocco 2 or the 130 gr Barnes TSX pushed by Rl17. It gives me around 2775 fps at the muzzle from my barrel. I was using a 1 to 4 x24 SWFA CLASSIC on it . But it had a mis hap on my 375 Ruger. I need to send it back and have it fixed or replaced.
I really like the reticle in it. So I've would like to stick with the same one. Actually, I wish they would put that illuminated reticle in a 2-10 or 3-15 power.
14
Nothin better than a short barreled 6 5 😆👍
I was much more bush Alaskan with mine tho . Stainless Ruger M77 Hawkeye. The 26 " barrel it came with was very accurate. But I desperately wanted a carbine. So I chucked mine up in a vise on the back of my pickup. I used a set of aluminum barrel vise sections to protect the barrel . Sawed the barrel off with my Sawzall with a demo blade on it. Filed it flat with a depth guage file. Crowned it with a champfer tool chucked up in a cordless DeWalt drill .  I could not tell any difference in accuracy. And 5 dead caribou with 6 shots have proved it's a meat getting machine.
Finished length is 18.6"
15
Trash police ?
WOW.
Just get a couple boxes of sheetrock sweep ups.
Then throw on some fish guts and the remaind of chinese dinner on top of the dead yote. Especially if it's a black or dark green can and it's sunny during the days.